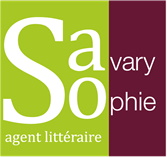 Created in 2013 and based in Montpellier (France), the agency represents mainly Iberian or Latin American, Spanish and Catalan, as well as French authors.  The rights of Manuela Carmena (ex-Mayor of Madrid) sold in France have made her known in this country and the novel by Gilles del Pappas and footballer Emmanuel Petit has been well received in their country.  More than 20 books from the collection of Andreu Martín, the great master of the Barcelona detective novel, are now available in audiobooks.  Several Spanish and Catalan novelists have taken their first steps in France: Gerard Guix, Juan Trejo, Fernando Clemot, Patricia Almarcegui. ST&A represents Dutch, Danish, Norwegian, Finnish, Icelandic and Swedish language rights.